Go to the Twitter developer dashboard and create an app.

Get the ‘Consumer Key’ and the Consumer Secret’

Get the consumer key and consumer secret for the app. 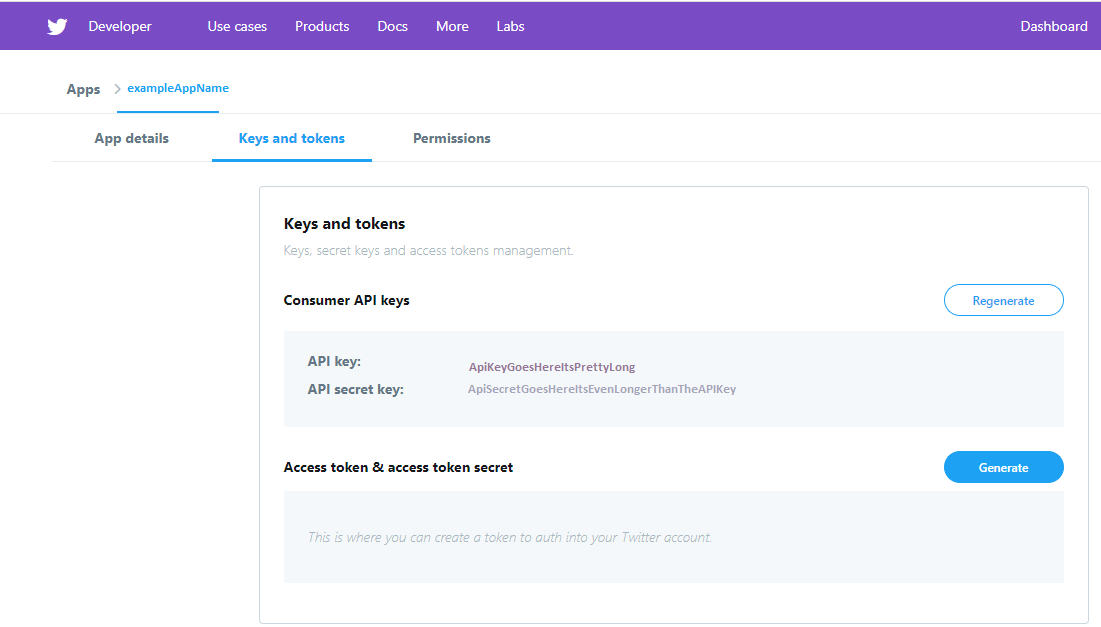 Make a POST request to the Twitter API for the bearer token. I’m using node-fetch, which is a library that lets you run window.fetch in Node.

Use the native encodeURI method to RFC 1738 encode the key and secret.

As the example in the Twitter documentation shows, the ‘Bearer Token credentials’ is a string containing the encoded key, a ‘:’, and the encoded secret.

The Bearer Token credentials have to be encoded into base 64 before they are sent as part of the POST request. The answers on this stackoverflow page tell you how to use the native Buffer object to encode strings into base64.

The options object for the fetch request. Defines headers, method, and body.

The OAuth 2.0 token. You have to have the string Basic first.

Tells OAuth that your application is request an access token to access its own resources, not on behalf of a user. grant_type parameter must be set to client_credentials.

Fetching is an asynchronous function. Using the await keyword means we wait until the promise resolves before assigning the value to the variable.

Now you have the OAuth2 bearer token for your app.

Now you have the OAuth2 bearer token for your app! Save it as a string and you can use it to make requests to the Twitter API. Make sure to treat it like a password. Keep it secret and don’t upload it to a public file or git repo.